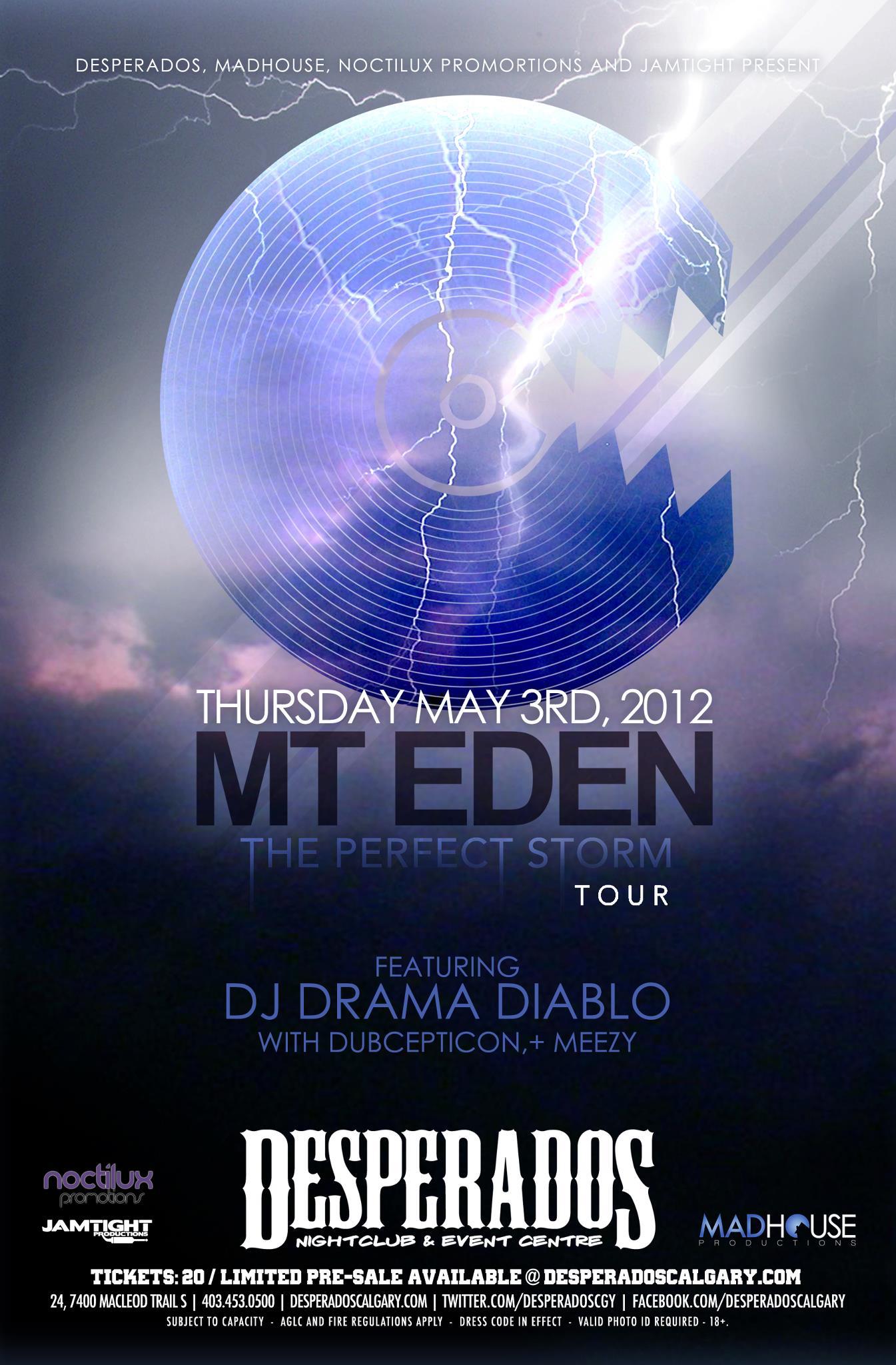 Desperados, Madhouse, Jamtight and Noctilux are Proud to Present:

This event will be massive! Buy your tickets early to avoid disappointment!

Reps
Through all MadHouse/Jamtight/Noctilux Reps!

(Join the MadHouse team and get FREE VIP Entry into all MadHouse Events! www.MadHouseProductions.ca/workwith for more info)

As dubstep production duo Mt Eden (formerly Mt Eden Dubstep), Jesse Cooper and Harley Rayner are truly putting New Zealand – and dubstep as a genre – on the map. You could write that off as industry hyperbole, but in this case a little braggadocio is entirely apt: to date the New Zealand based act can claim over 80 million collective plays of their tracks on YouTube – more than any other New Zealand act, ever.

What started as a hobby in their early teens (they were 13 and 14 when they started mixing together on their computers), has morphed into international success for the pair, who only started posting their music online after a friend created a YouTube channel for them in early 2010. Within months their total hit count was in the millions and rising – all of a sudden the bedroom producers and amateur DJs were staring down the barrel of international renown, and feeling appropriately blown away.

Having first made their mark with the epic ‘Sierra Leone’, Mt Eden have since remixed tracks by Ruby Frost, Six60 and legendary producer DJ Fresh, as well as many other incredible local and international artists – simultaneously building a large enough collection of their own material to warrant the recent release of their EP MEDS. Says Rayner, “It felt like the weight was shifted when we put out MEDS, because we finally had a body of original work we could be proud of and that was well received.”

Having put MEDS to the people Mt Eden are already at work on their debut album, which will feature collaborations and remixes with a number of other respected producers and artists from around the world. Claiming they only started making dubstep because of genre godfathers Benga and Skream, the duo’s influences also include Baths, Doctor P, Ben Sage, Hudson Mohawke, Skrillex, James Blake and Tokyo Prose.

Live, Mt Eden’s shows are built around moments – extended build-ups, drum solos, double and triple drops – the focus always being to generate momentum and keep the crowd in the right frame of mind. Featuring a lot of unreleased material – including their own unreleased bootlegs, unheard edits of their own tunes and unreleased tracks from other artists – every Mt Eden set is a unique journey. “We have always played a good mixture of light and dark, so it can be an uplifting and gut-wrenching journey all at the same time,” elaborates Cooper.

Reflecting on the events of the past year Rayner says, “We didn’t expect any of this to happen, and we are still overwhelmed by it.” They better get their heads around it soon, because this rollercoaster ride is already well underway.