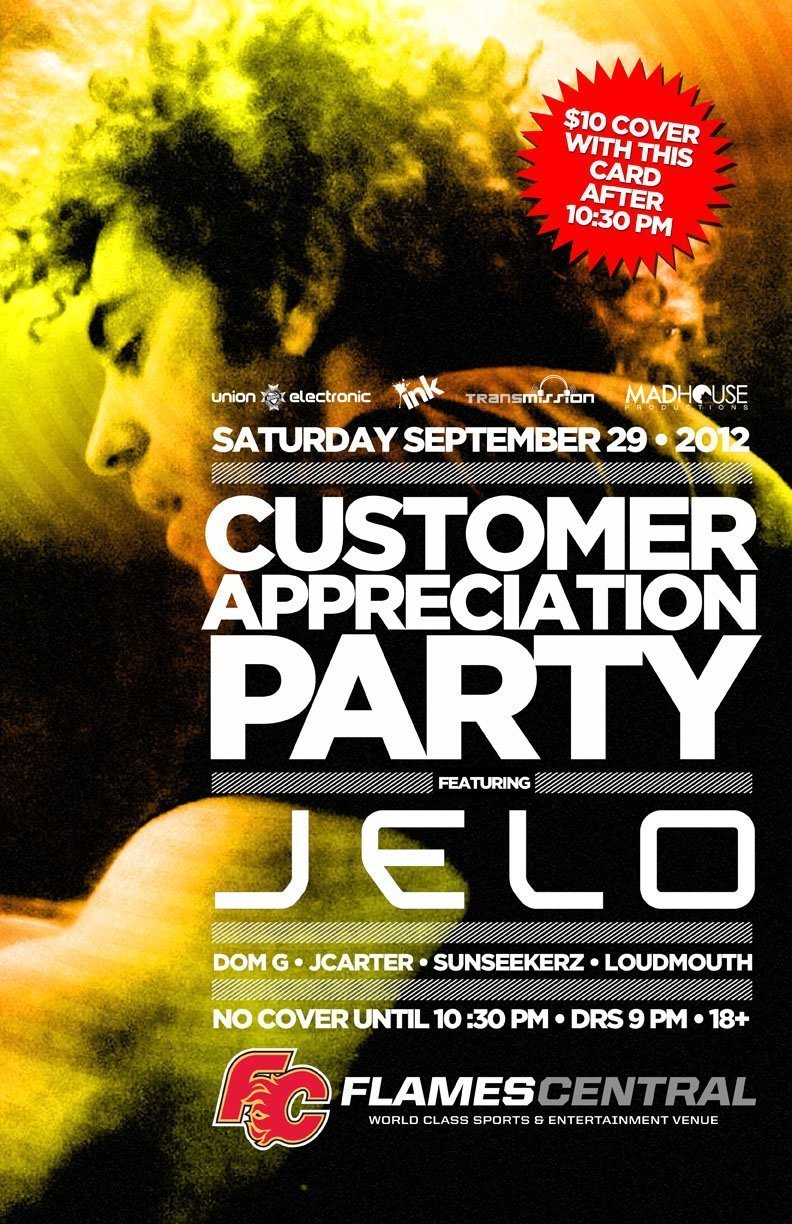 BIO:
Time flies by when you’re having fun and when it comes to having some fun, JELO rules. Since 1996 JELO has been a leader in the electronic music scene in Toronto and over last few years, Canada. His style of music and presentation is unique, standing out amongst the dancers and partygoers. In a word, his live shows are amazing. Armed with tech-tools and an infectious visual headbang, JELO makes you dance. Period. His tireless desire to spread joy through music compels him to perform a magical, unique, hard-hitting style that inspires dance floor revellers to push their limits. No two performances are alike and that’s proven each time JELO hits the mixer. In Venues big or small, the sensation is always a full blown spectacle. Since the inception of JELO, clubs & parties across the globe have taken a cue from his incorporation of the spiciest elements of Electro House, Techno, Breaks and Rock blended with wild mixing abilities.

With over a decade of touring, JELO has evolved from a DJ to a live remixer and beyond, JELOs productions rock floors, cars and mp3 players worldwide. Just look for the banging heads. Many of Canada’s top dance music producers chose to collaborate with JELO, because he has the exact notion of what moves dance floors. Some of these collaborations brought forth certified anthems such as “The Reward is Cheese”, a collab with deadmau5, which became a bonafide #1 hit on beatport.com and an Electro-House anthem the world round. “Donkey Punch”, the fidget monster with Hatiras and “Speakerhumper”, the minimal tech slayer. His more recent works with Adam K. on Hotbox Digital brought forth re-edits from Krafty Kuts and “Room Mates” signed to Funkagenda’s Funk Farm Label. His remixes for Calvertron and the bumping “Nordlicht” Remix upon Bugeyed Records charted for months, then saw re-release and further charting again. He’s recently begun work with Mexico’s Dance Floor Funker Fredrik Mooij and the results have been explosive.

His sets and tracks have been heard all over the world. The intensity of his performance is legendary. A whole generation of dance music lovers have been inspired by JELO to elevate their output on the floor. He responds accordingly with fist pumping, knob tweaking, mix master worthy head banging excitement. Dedicated to his craft with ferocity, addicted to music, spreading his brand of performance everywhere, JELO is guided by an awesome natural intensity, an astonishing musical dedication and a drive to change the world one beat at a time..