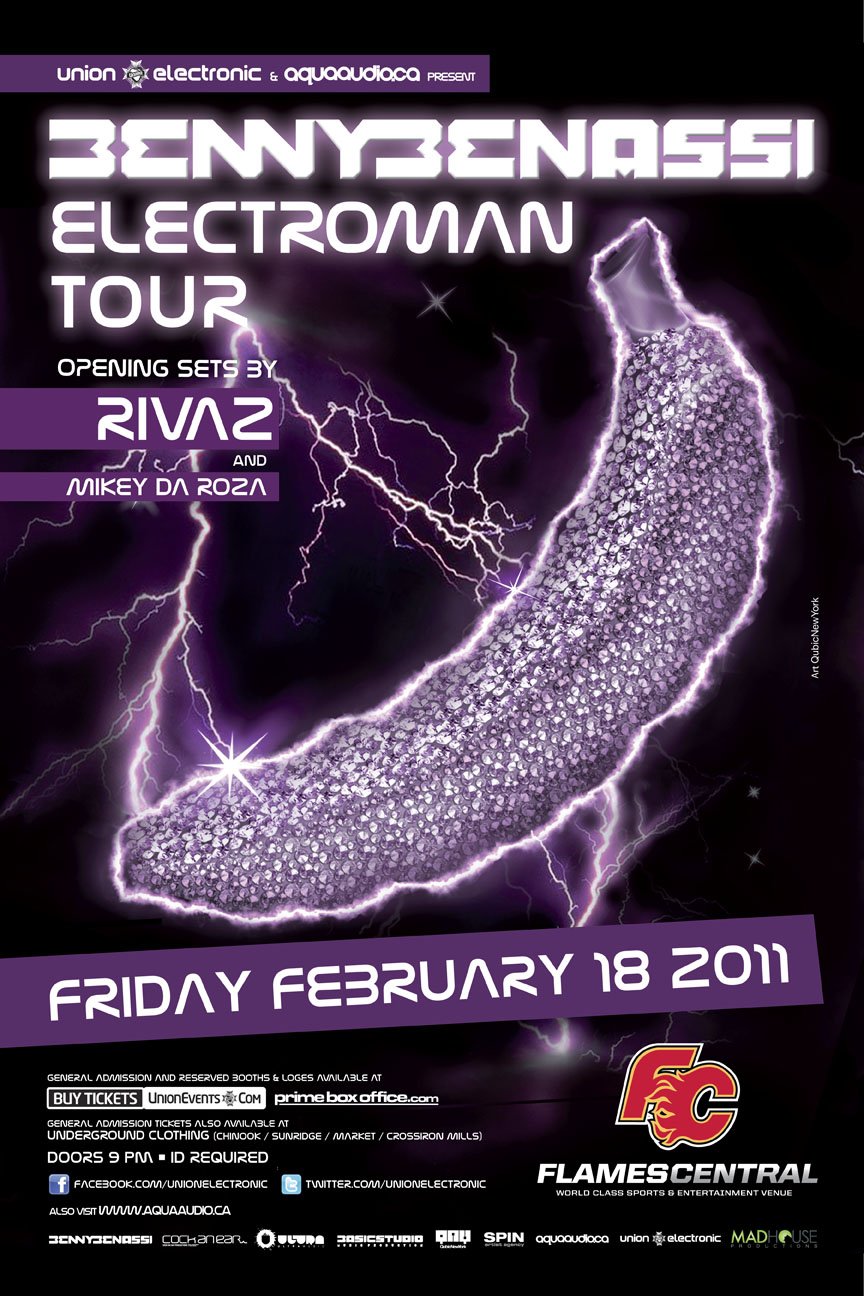 The dirty and cool, sweaty and smooth electro sound of DJ/producer Benny Benassi scored worldwide suc-cess with “Satisfaction” in 2002. With his cousin, the producer and musician Alle Benassi, things just got better and better – the album Hypnotica, the side project Benassi Bros and the album Rock n Rave and a series of remixes including, in 2009, tracks for Flo Rida, Madonna, Shakira, Kid Cudi and many others. Benny has won tons of prizes and awards around the world and continues to tour the five continents with his unique style. In 2008 Benny and Alle won a Grammy Award for the remix of Public Enemy’s “Bring The Noise.”

To promote his upcoming fifth studio album Spaceship, Benassi recently embarked on “The Benny Benassi Bike Tour: A Musical Ride Through California…Without Breaks.” He traveled via his custom-made bicycle to five cities in California to play his hits, and some tracks from the new album. Further details about the album will be revealed at a later date, but in the meantime he has released the first single, also titled “Spaceship,” that features sultry vocals by Kelis and rhymes by apl.de.ap of the Black Eyed Peas and pro-ducer Jean-Baptiste.